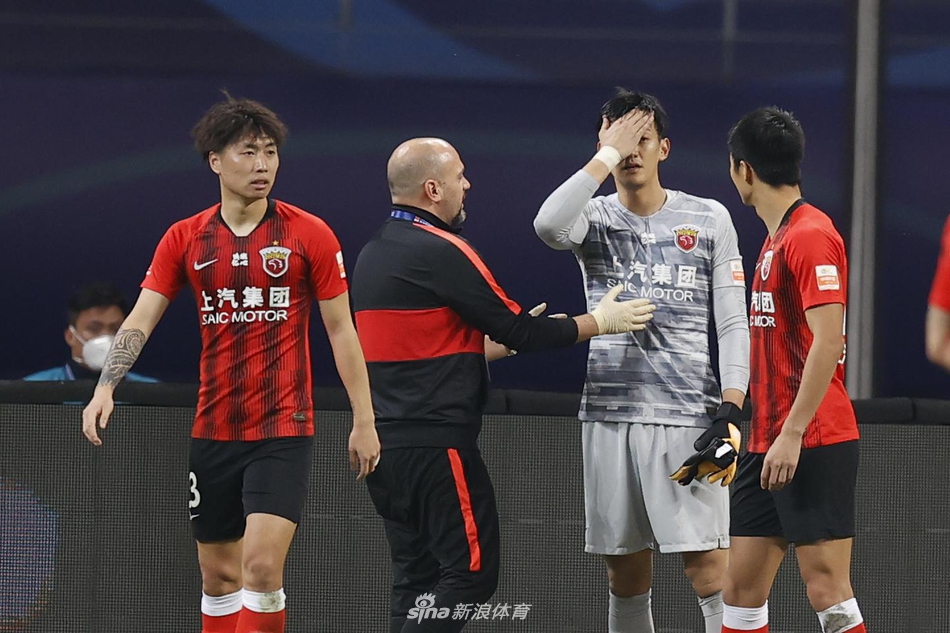 Shanghai SIPG eliminated the city rival Shanghai Greenland Shenhua through a penalty kick in the second round of the quarter-final match of the second stage of the Chinese Super League Championship, and advanced to the semi-finals. The team received another good news, that is, Yan Junling's eye injury is not as serious as external rumors.

Zhao HaoChen, press officer of Shanghai Club, said on his microblog that,

Yan Junling suffered serious eye injuries in the first round of the Derby match between the championship group and Shenhua. After a detailed examination, he must undergo surgery.

There were rumors that Yan Junling's eye injury was very serious, which may affect his career as a professional player. Now from the official news from SIPG, fans can finally rest assured.

Despite his left eye injury, Yan Junling still cares about the team and watched the thrilling second round derby match last night. He himself said, "I was so nervous after watching the game."

Although the overall performance of the team was not as good as the first round, when the game entered the penalty shoot-out, Yan Junling was full of confidence in the promotion. He felt that SIPG had experienced penalty shoot-outs with Guangzhou Evergrande and Jeonbuk Hyundai. The scene is totally manageable.

The U23 teenager who played for Yan Junling became a penalty kick saved in the penalty shootout and made the first contribution for the team's promotion. After the match, Yan Junling, who was a big brother, also interacted with this little brother on Weibo.

Chen Wei also contacted Yan Junling, and Yan Junling once again sent his blessings, believing that it is not easy for Chen Wei to withstand such a large pressure, and his performance is worthy of this victory.